is everything really connected?

August 11, 2011
We've all glimpsed the elusive mysteries of consciousness - sometimes through premonition, perhaps in a lucid dream, an awakening in meditation or prayer. Scientists have often dismissed these experiences as coincidence, placebo, or even superstition. These phenomena, however are worth exploring as they give an insight into the mind's unexplored potential. 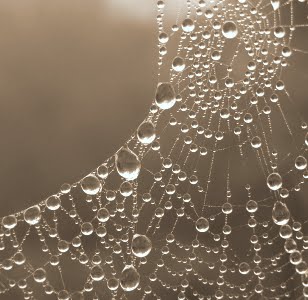 Can we sense what's happening to loved ones thousands of miles away? Why are we sometimes certain of a caller's identity the instant the phone rings? Do intuitive hunches contain information about future events? Is it possible to perceive without the use of the ordinary senses?

Many people believe that such "psychic phenomena" are rare talents or divine gifts. Others don't believe they exist at all. But the latest scientific research shows that these phenomena are both real and widespread, and are an unavoidable consequence of the interconnected, entangled physical reality we live in.

Albert Einstein called entanglement "spooky action at a distance" - the way two objects remain connected through time and space, without communicating in any conventional way, long after their initial interaction has taken place. Could a similar entanglement of minds explain our apparent psychic abilities? Dean Radin, senior scientist at the Institute of Noetic Sciences, believes it might.

In this illuminating book, Radin shows how we know that psychic phenomena such as telepathy, clairvoyance, and psychokinesis are real, based on scientific evidence from thousands of controlled lab tests. Radin surveys the origins of this research and explores, among many topics, the collective premonitions of 9/11. He reveals the physical reality behind our uncanny telepathic experiences and intuitive hunches, and he debunks the skeptical myths surrounding them. Entangled Minds

sets the stage for a rational, scientific understanding of psychic experience.