the reality of being - the fourth way of gurdijeff

“Gurdjieff brought us a knowledge of consciousness, a science that shows what we are and our potential capacity, what needs to be developed,” writes Jeanne de Salzmann in a work that offers a long-needed clarification and exploration of what G.I. Gurdjieff called the Fourth Way. “It is a real understanding of the energies in us, of their relation in our­selves and with everything around us. He came to bring a teaching, show a way toward consciousness. What is a ‘way’? And what is a teaching of a way?” The light she shines is a watershed event in the development of the teaching, and in spiritual search in the West. 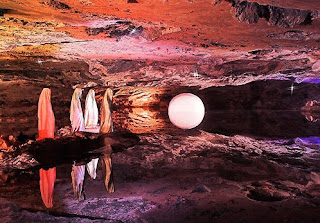 
In the eyes of the world, the test of a true spiritual way is that it allows a student to attain realization. Drawn from notebooks kept meticulously over forty years, this book is the expression of a journey to consciousness following the Fourth Way. The Reality of Being marks the fulfillment of Gurdjieff’s request to his foremost follower before his death that she do “everything possible - even impossible - in order that what I brought will have an action.” The teaching that he brought is now established as a way.

Born in France in 1889, Jeanne Allemand married Alexandre de Salzmann, a Russian painter, in 1911. The young teacher of dance returned to her hus­band’s home in Russia, and there, in 1919, she met G.I. Gurdjieff and the Fourth Way, a teaching for consciousness that he said came from remote antiquity.

Gurdjieff respected traditional practices, dividing their different approaches into three categories: the “way of the fakir,” which centers on mastery of the physical body; the “way of the monk,” based on faith and religious feeling; and the “way of the yogi,” which concen­trates on developing the mind. The Fourth Way calls for the development of all three aspects of our being at once, allowing an opening to another intelli­gence - a knowing and understanding.

Jeanne de Salzmann became committed to Gurdjieff’s work, becoming his foremost student. Before he died in 1949, Gurdjieff charged her with living to be “over 100” and establishing his teaching in the world. During the next forty years, until her own death at the age of 101, the woman who came to be called “Madame de Salzmann” (or just “Madame”) arranged for the publication of his books and established Gurdjieff centers in Paris, New York, London, and Caracas.

Mme. de Salzmann gave Gurdjieff’s teaching a form, emphasizing the need for his followers to work together. She believed that Gurdjieff left not only ideas, “but a certain life to be lived, a drama to be played out with others around us, without which the work will remain imaginary.” We must work with others because “truth cannot be thought,” and life is “relation and work­ing together.”

Madame de Salzmann saw Gurdjieff as a true spiritual master in the traditional sense - one who taught by his very presence. “By his words, by the relations he established with us, by his Presence alone, he made us feel human qualities that awakened in us the wish to go in that direction.”

Yet she also taught by her presence, and that presence is discernable in her writing. De Salzmann often echoed, and sometimes repeated, Gurdjieff’s words. But she also has a distinct voice. The short texts have the particularity of real observation and lived experience. Her writing style will strike outsiders as having the clarity of reporting and the concentration of poetry. Even when the reader lacks the experience to follow, her words convey what it means to be conscious, to see what is. Her own particular language becomes an authentic language of transmission.

“This is what brings faith - the lived certitude of having gone beyond the limits of my ordinary ‘I’,” writes Madame de Salzmann. These are the words of one who knows. With the publication of her book, she joins Gurdjieff and other great masters from other times and traditions who have dedicated their lives to bringing the incomparable gift of true consciousness, true love, and true being to the world.