June 10, 2014
Mudras are symbolic hand gestures that are often to heal the mind-body. Since ancient times mudras represent a non-verbal form of communication and spiritual expression. They are used as symbols of divine powers or the deities themselves. 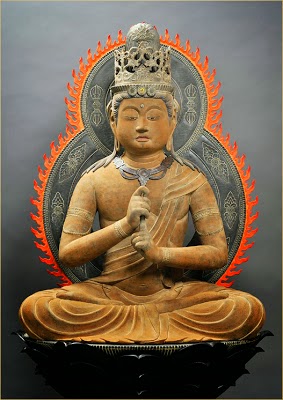 Mudras were widely used in the Hindu and Buddhist art to express the capacity in which a deity was represented. In its highest form mudras were used to evoke the invisible forces that operated in the mundane sphere.

But mudras are not only symbols of divine manifestation. They are used by the spiritually inclined people in their practice of meditation and concentration, and are believed to generate forces attributed to a particular aspect of the deity. They allow the practitioner to align and strengthen his own energy flow.

Vajra mudra is a gesture of the fiery thunderbolt. It symbolizes the five elements: air, water, fire, earth, and metal. It is supposed to transform ignorance into wisdom. On the physical plane, vajra mudra is believed to stimulate blood circulation and reduce the restlessness and dizziness caused by low blood pressure. 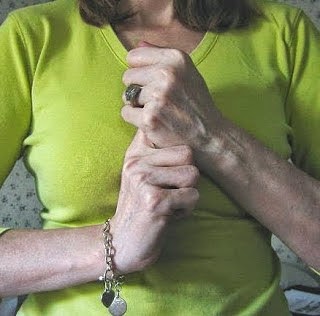 Vajra mudra is formed with both hands raised in front of the heart chakra whereas the index  finger of one hand is wrapped and held in the fist of the other hand. The remaining fingers form a fist below. The right-handed people use the palm of the right hand to hold the index finger of their left hand. The left-handed form this mudra with their left hand wrapped around the right index finger.

Vajra mudra should be practiced three times a day for at least five minutes. This mudra is not as easy as it looks. If you have never practiced before you may want to start with a minute or so until you get used to sitting with hands held in this position.